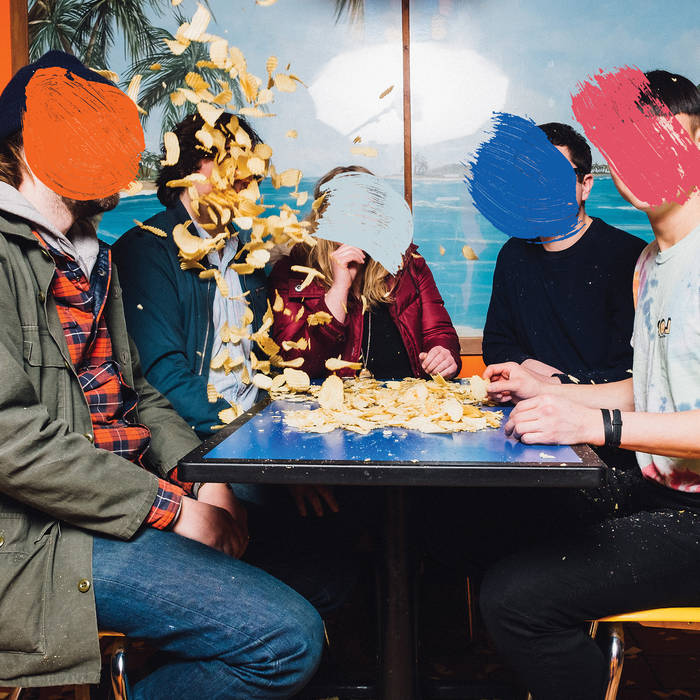 Since 2008, Lab Coast has been delivering hazy bursts of hook-laden guitar pop from their basement studio in Calgary, Alberta. Singer David Laing & multi-instrumentalist Chris Dadge carve out detailed analog productions on a variety of different tape machines while pillaging the bounty of instruments left behind at the Lab Coast practice space. The resultant constellations of compact, tightly wound melodies and bustling rhythms form a highly textured kaleidoscopic backdrop for Laing's understated crooning and oblique, yet slyly evocative lyrics. Dadge’s ever-evolving, DIY approach to recording places them in the tradition of fellow home-brew recorders such as Strapping Fieldhands, early Guided By Voices, and R. Stevie Moore, while the songs themselves recall the likes of Teenage Fanclub, Tom Petty, and The La's. The Toronto Star calls it “scuffed-up, small-scale psych-pop”, and their latest release provides the perfect point of entry for the newcomer.

Set to be released May 12 on Brighton-based label Faux Discx, the Lab Coast album plunders the depths of the band’s considerable back catalogue – which includes four albums, an EP, and numerous split tapes and 7”s – and surfaces with 16 of their most winning pop nuggets, some of which will see their first appearance on vinyl. From the chunky, tape-saturated earlier gems like “For Now” and “Really Realize” to the more recent, intricate breezers of “Bored Again”, “Helen Bach”, and “As Usual”, this collection offers a generous overview of a band whose sonic restlessness is matched only by the sheer volume of melodies enclosed within.

Lab Coast also provides an opportunity to clearly hear Laing & Dadge (who is known for his work with acts such as Chad VanGaalen and Alvvays) slowly refine their studio prowess as the albums progress. And while they moved on from the woolly, warts-and-all charm of their earliest efforts, the pair always manage to keep things somewhat left-of-centre; whether it’s via their enduring love of the ‘first take’, or through the layers of FX-drenched guitars, rubbery bass parts, cello, violin, hybrid sampled/live drum parts, and pitch-shifted percussion, or the sneaky appearances of sax, banjo, and organ that crop up throughout Lab Coast, the listener is never lulled into complacency.

Lab Coast will be touring the middle of Canada in April and the UK and Europe in May and June.

Recorded and mixed by Chris Dadge between 2009-2015, Calgary, Alberta.

Bandcamp Daily  your guide to the world of Bandcamp